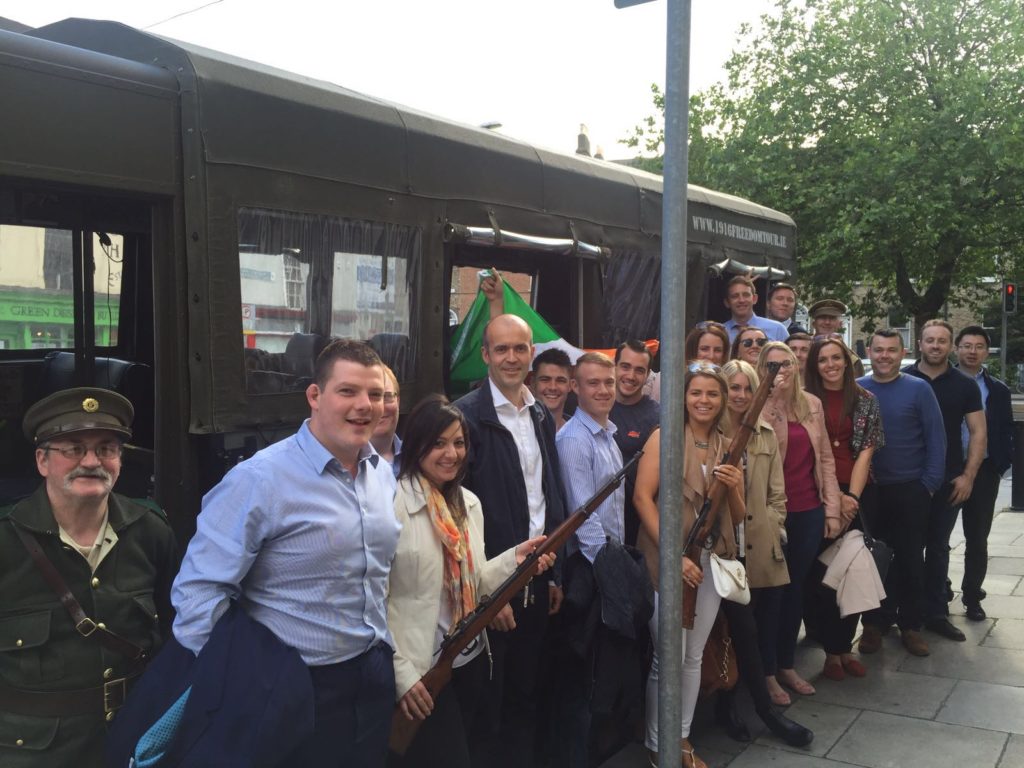 On Thursday 23 June, members of EisnerAmper Ireland’s Advisory and Service Excellence Teams enjoyed an afternoon of culture in Dublin city. The afternoon began with a 1916 Freedom Tour. Staff boarded their military style tour truck at St. Stephen’s Green where they were met by their tour guide and driver who were both dressed in uniforms of the period. The tour took in the sights of all the key 1916 battle locations including O’Connell street, Mount street bridge and The Jacob’s factory. The tour guide told the story of the battle as it unfolded at each location and entertained the group with less known stories, including the ceasefire that occurred in order to feed the ducks in St. Stephen’s Green. At the end of the tour staff were dropped off at the Sussex Restaurant for some traditional Irish cuisine, followed by live music in O’Brien’s.