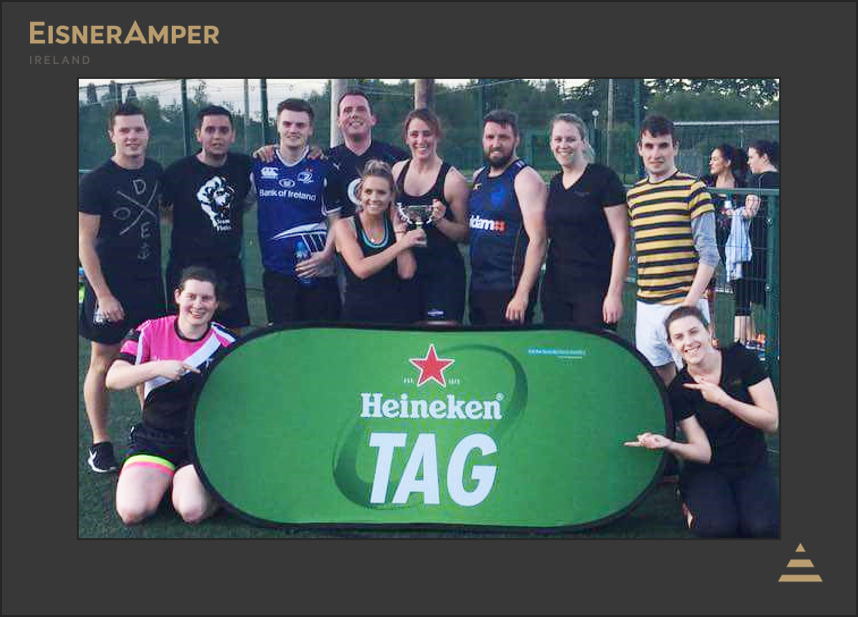 The EisnerAmper Ireland tag rugby took to the pitch in UCD on Wednesday July 19 to compete for a division 2 title in the 2016 Heineken Tag rugby summer league. The tag rugby league has been running since 18 May, taking place every Wednesday evening on the all-weather pitches in UCD, with 16 teams taking part.

The league consisted of three phases, grading, round robin and knock out, to determine the teams that would face each other in the final stages. EisnerAmper Ireland encountered the Clonard Avengers to compete for the coveted Division 2 Plate Final and after a tense 40 mins were delighted with a one point win over their opposition. Congratulations to the team.