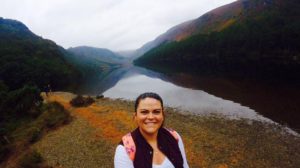 As my time in Dublin wrapped up so did the client engagement I had been working on since I arrived in early August. It was great to see the job from the early stages of planning to the fieldwork and then final draft reports being sent out. As I was back in the office I got to work on some consolidated financials for a client – it felt good to get back to an area I am more familiar with! I was also assigned a quick audit of a dormant company that allowed me to work through Caseware documentation which I was not as familiar with.

I spent one of my last weekend’s enjoying Glendalough and the Wicklow mountains, which were very beautiful. It is hard to believe my time here has already come to an end but it has been an amazing experience. Another member of the NY office is visiting Dublin this week so it will be great to spend the last week enjoying Ireland with an old friend as well as some new friends from the Dublin office!