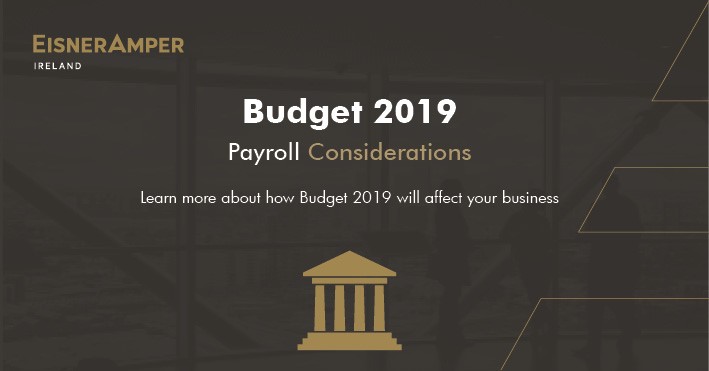 Other changes which will impact positively on most employees are in relation to USC. The 2% rate ceiling has been increased (see below), and rate band 3 (currently 4.75%) will be reduced to 4.5%. Overall the changes in USC rates could be worth up to €139 per year for those with higher incomes.

An increase in the national minimum wage, from €9.55 per hour to €9.80 per hour, in and of itself should not affect the income of higher earners, however, to prevent full-time minimum wage earners from moving into a higher USC rate band the Minister for Finance and Public Expenditure & Reform, Paschal Donohoe TD, announced an increase in the 2% rate ceiling. This will benefit all employees with an annual income of over €19,372.