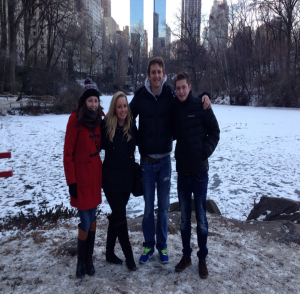 The first week was exciting for everyone, settling into a new place, meeting new people and learning the ways of a new firm.  Our jobs for next week have been assigned and I’m looking forward to getting started!

New York City was not something new to me, but -8 degrees when we arrived at JFK airport was!!

We didn’t let the cold stop us though, we are in New York to make the most of it. After covering almost the whole city on our first weekend we also took in a Broadway show, walked the Brooklyn bridge and even got to play a game of football in Queens.  Great start all round.