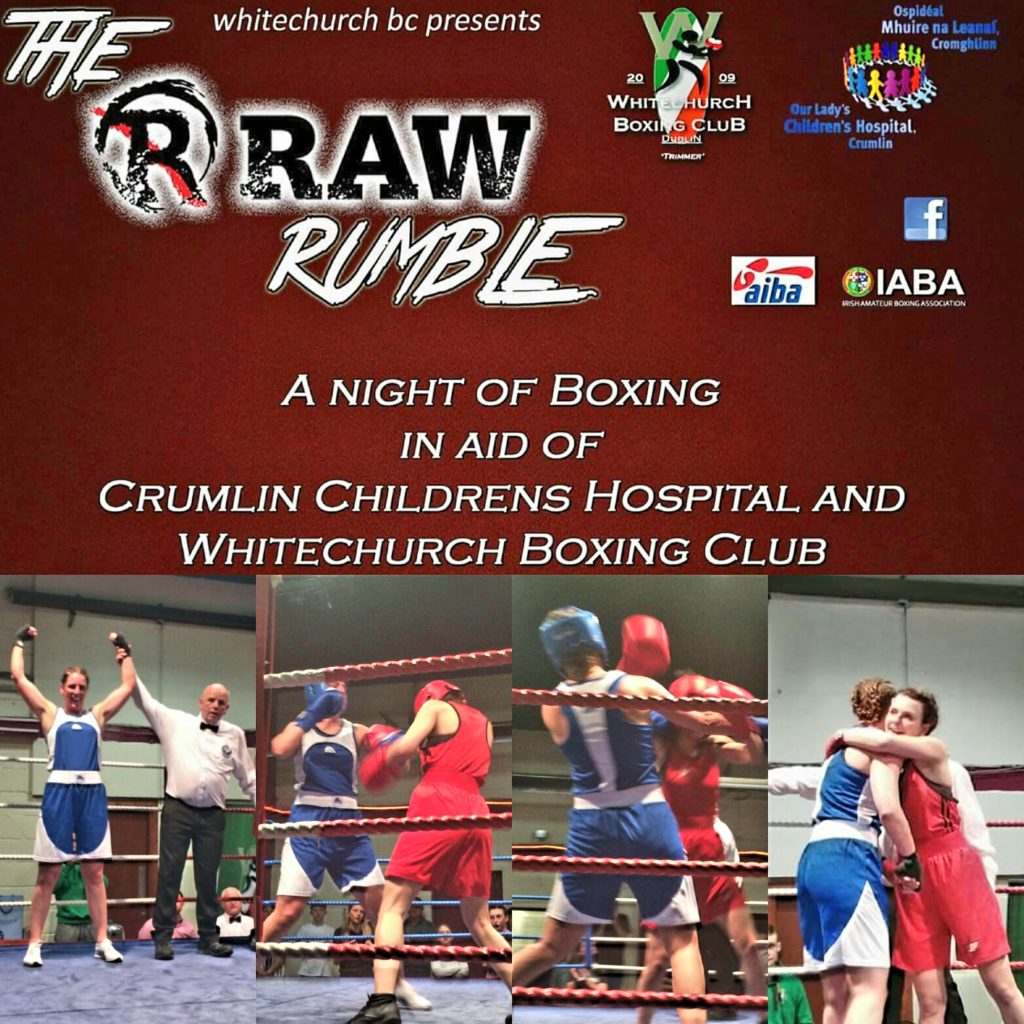 On Saturday 11 June 2016, Claire Walsh, Communications Executive took part in Raw Rumble, a charity boxing fight in aid of Our Lady’s Children’s Hospital Crumlin and Whitechurch Boxing Club. With no previous boxing experience, Claire began training for the event in March 2016, just 12 weeks prior to the event. Sixteen fights took place on the night and the event was attended by over 200 people.

After a nervous wait, Claire took to the ring for the last bout of the evening and took the win after going three rounds with her opponent. In the weeks leading up to the event, Claire raised in excess of €400 in sponsorship, the majority of which came from her colleagues in EisnerAmper Ireland. Approximately €6,000 was raised in total and will be split between the two organisations.

Whitechurch Boxing Club was established in 2009 and aims to become one of the leading clubs in the country through the hard work and dedication of both the coaches and the boxers.

Our Lady’s Children’s Hospital is Ireland’s largest paediatric hospital. Their mission is to constantly improve the health and wellbeing of children and adolescents in a safe environment which is driven by quality healthcare and supported by excellence in knowledge, education and research.